Back to Blog Home

NATURE’S DOCTORS: 8 Simple Laws That Can Change Your Life Forever 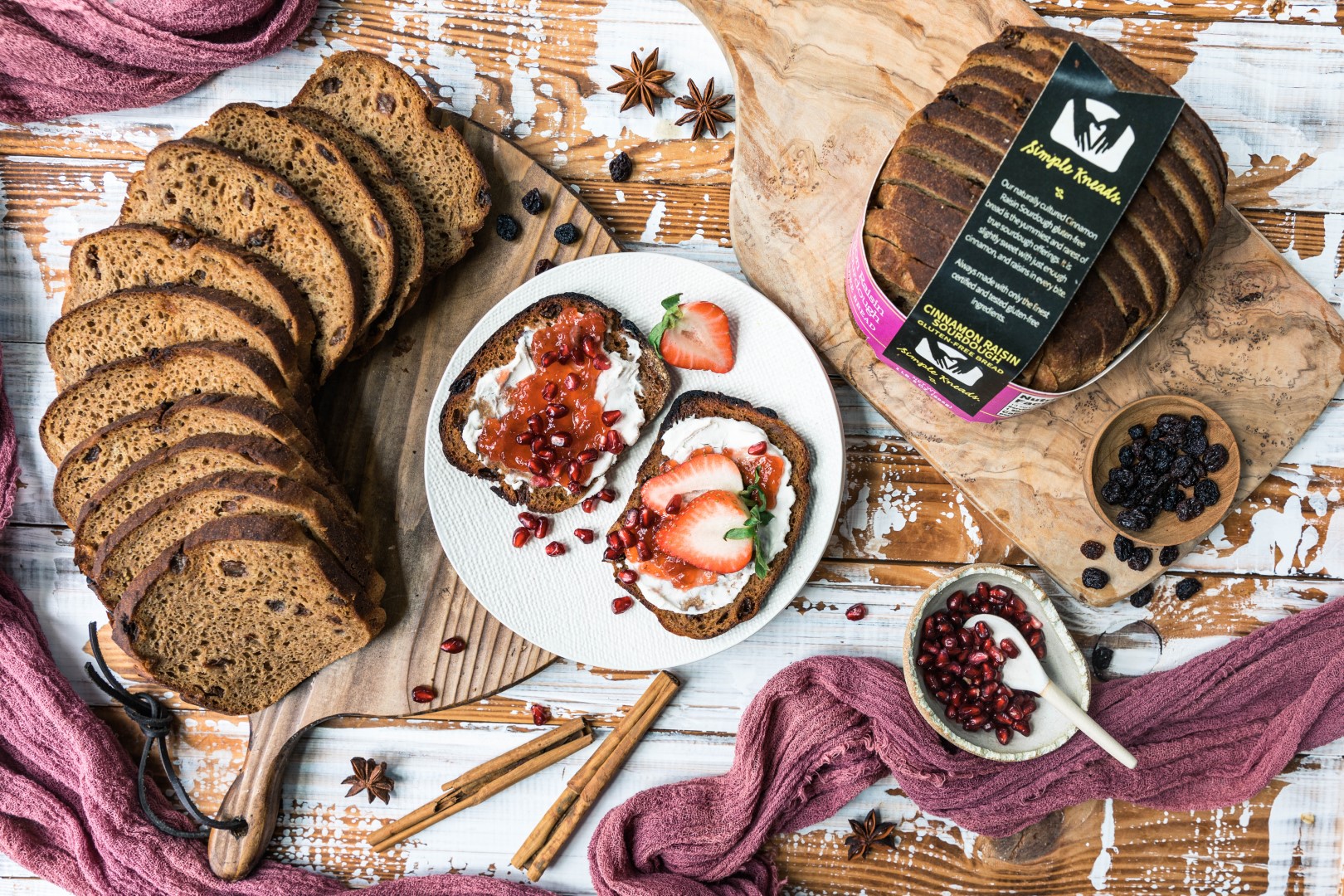 January is health and wellness month, and here at Simple Kneads we love helping others feel healthier and happier! We do this by promoting eight very simple laws of health, sometimes called “Nature’s Doctors,” which help prolong life.

Did you know that scientists at the Southern University of California recently calculated that, if it weren’t for disease and accidents, people could live to be 120 years? And a pioneer in the science of aging, Roy Wolford, has shared that the human body is capable of lasting 120 years! That’s pretty incredible, since the average life span in our country is 78 years. However, we believe that you are never too young and it is rarely ever too late to start healthier habits and quickly begin to experience a turnaround in your health.

When Simple Kneads’ CEO and his wife had their first child, they soon discovered that little Shiloh had some serious food allergies. They knew that adequate nutrition during the first two to three years of one’s life (starting at conception) is one of the fundamental prerequisites for not only survival and growth, but for lifelong health. So, they got to work, and through the simple process of elimination, Shiloh’s mother was able to hone in on the issues of gluten and soy. She was now able to go forward intelligently, and in just a few days Shiloh’s symptoms disappeared — and eventually Simple Kneads was born.

We would like to introduce to you Nature’s Doctors, eight simple natural laws that can change your life forever. They are: nutrition, exercise, water, sunshine, air, rest, self-control, and faith. I want to share some personal experiences…

A few years ago, while climbing a rock wall with my husband and kids in Alaska, a lady in her late 30s who knew me from the “Nutrition Kitchen” classes at the local college, came and asked, if there was one thing she could change up in her life, for better health, what would I suggest. She shared a little about her life: She was a meat-eater with five children, a busy life, and not a lot of time or money to make big, drastic changes. However, she suffered with multiple autoimmune diseases and candida, and was desperate for even a glimmer of hope in her health. From personal experience I knew that just a small change like implementing a simple, easy-to-digest plant-based breakfast, packed with nutrition and  no sugar or gluten, was not so hard to do with a little instruction, and could make a huge difference in one’s health. I suggested she soak some raw walnuts or almonds overnight and slice up a granny smith apple in the morning to go along with the soaked nuts, adding a green smoothie (with no sugar) if she still felt hungry. A few days later she saw me at the rock wall again, her face beaming. She shared that she had gone home and done exactly what I had suggested, now having so much energy she couldn’t understand it! Lunch came and went without her noticing because she wasn’t even hungry. The nutrition in that simple meal kept her fuller longer, with more energy, than her typical oatmeal with toast or occasional hash brown and eggs she was accustomed to. In addition, her foggy brain issues had also disappeared during those few days! I will admit, I was even shocked! I was used to the majority never really being intentional enough about their lifestyle habits for any change to occur.

Even something as simple as getting hydrated can change your health dramatically: A few months ago a lady wrote to me, sharing that she suffered from extreme headaches and several other ailments she would not mention. It had gotten so severe she could barely function on a weekly basis. It came to my mind she should begin by doing a hydration cycle and go from there. She was open to the idea and so I shared the recipe: A quart and a half of lemon water (juice from half a lemon in her water). She would drink this upon rising in the morning, at least 30 minutes before eating anything. She would have to drink the lemon water within 20 minutes! I suggested she use a timer to be precise. She would do this for six days. In addition, she would do her best to get two more quarts of water down during the rest of each day (although these would not need to be drunk in 20 minutes). Four days later she texted saying, and I quote:

“Sandy, I just have to thank you again for the hydration cycle. Not only has it helped with the headaches; it has helped my feet! I’ve had plantar fasciitis and heel spurs for over two years and have had so much terrible pain, especially after walking so much at work. Well, I noticed yesterday that the pain wasn’t so bad and today it’s all but gone! I’m sure I’ve been dehydrated for years! I can feel a difference in my joints! I shared this with a patient who suffers from plantar fasciitis today, as they want her to have surgery, but I told her to try this first. I’m completely amazed.”

As you go forward in implementing some or all of these 8 Simple Laws of Health, please remember, even if something is gluten-free, vegan or plant-based, it does not mean that it is therefore nutritious. And although it’s true that many aspects of life are out of our control, the power is in our hands to make the simple changes necessary to have a healthier and happier future.

To learn more, visit us at simplekneads.com and check out our Instagram page @SimpleKneads_GF 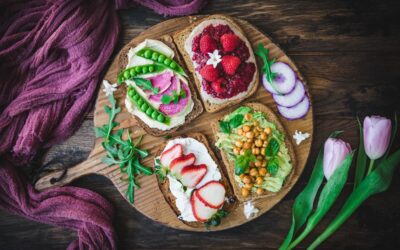 We want 2023 to be a year of progress. We want there to be a decided improvement, not only in your health but in every area of your life. For this to take place, taking care of yourself with intentionality is going to be key. When you begin doing this, it’s amazing...

END_OF_DOCUMENT_TOKEN_TO_BE_REPLACED 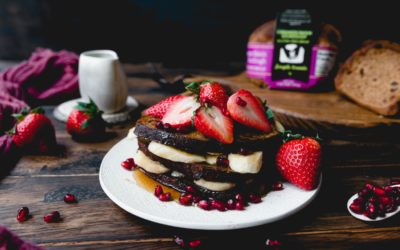 I grew up in the 70s and 80s in a little fishing village in southeastern Alaska. My parents did their best to raise my brother and me on a plant-based diet, which back in those days was pretty challenging. Thankfully, there was a nice health food store in town which...

END_OF_DOCUMENT_TOKEN_TO_BE_REPLACED 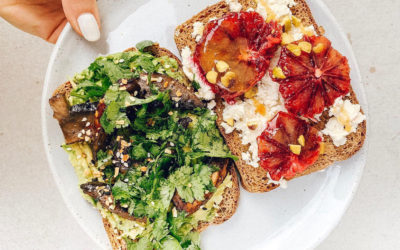 BETTER NUTRITION FOR THE BEST YEAR YET!

2021 is the year for building a strong body. A body that can resist anything that it must face: the colds, the flus, diseases, chemicals, and all sorts of contaminations. A strong immune system can deal more easily with these. So, what is the best way to get a strong...

Get a 10% Off coupon for your first order! 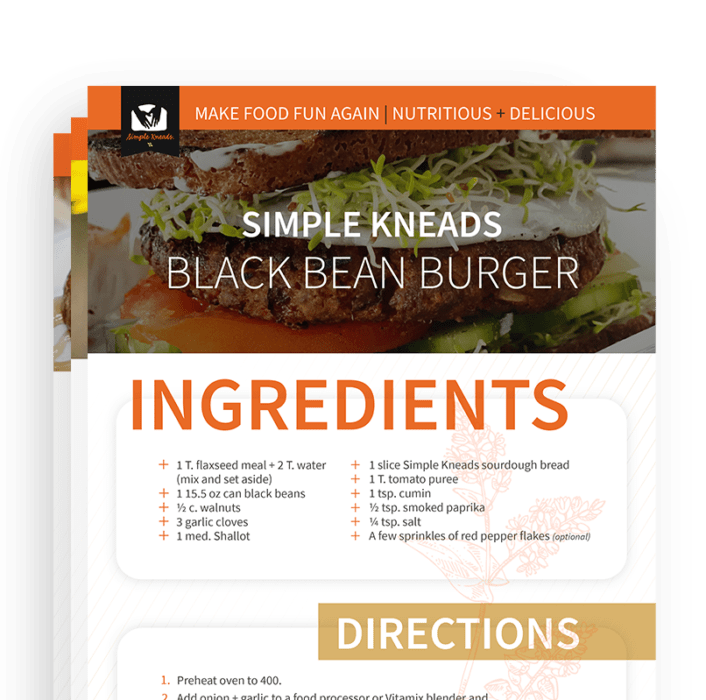 We use cookies on our website to give you the most relevant experience by remembering your preferences and repeat visits. By clicking “Accept”, you consent to the use of ALL the cookies.
Do not sell my personal information.
Cookie SettingsAccept
Manage Cookie Consent

This website uses cookies to improve your experience while you navigate through the website. Out of these, the cookies that are categorized as necessary are stored on your browser as they are essential for the working of basic functionalities of the website. We also use third-party cookies that help us analyze and understand how you use this website. These cookies will be stored in your browser only with your consent. You also have the option to opt-out of these cookies. But opting out of some of these cookies may affect your browsing experience.
Necessary Always Enabled
Necessary cookies are absolutely essential for the website to function properly. These cookies ensure basic functionalities and security features of the website, anonymously.
Functional
Functional cookies help to perform certain functionalities like sharing the content of the website on social media platforms, collect feedbacks, and other third-party features.
Performance
Performance cookies are used to understand and analyze the key performance indexes of the website which helps in delivering a better user experience for the visitors.
Analytics
Analytical cookies are used to understand how visitors interact with the website. These cookies help provide information on metrics the number of visitors, bounce rate, traffic source, etc.
Advertisement
Advertisement cookies are used to provide visitors with relevant ads and marketing campaigns. These cookies track visitors across websites and collect information to provide customized ads.
Others
Other uncategorized cookies are those that are being analyzed and have not been classified into a category as yet.
SAVE & ACCEPT
Powered by